Public Metal is an ongoing collaborative project of Christine Swintak and Peter Flemming where figurative metal objects in the public sphere, such as iron statues, are wrapped with wire and turned into large electromagnets. Preliminary research for this project took place in spring of 2014 in Prague (field tests and mock-ups) and Ljubljana (exhibition of working prototype entitled Lines and Coils).

Flemming and Swintak’s past projects have both involved visually exploiting physical laws to uncover material or behavioural essences of objects, spaces and systems. Where Flemming experiments in the studio, Swintak improvises on site. For this project the artists have combined these working methods, using mechanical elements and behavioural algorithms from Flemming’s work, with the intuitive site-specific, architectural experimentation of Swintak’s artistic approach.

Lines and Coils is an improvised installation that treats building as a form of drawing, emerging as an erratic extension of both the space and the electricity from a singular wall outlet. Produced during a short residency, the project is a result of a series of experiments with hand-wound electromagnets, simple alternating current circuits, and ad hoc architecture.

The resulting installation is a large network of metal rods interconnected by strong rare earth magnets. Found metal elements in the gallery such as water pipes, light fixtures, nails hidden under layers of paint, and window frames, are used as anchor points for the structure, and in one case as an armature for one of several copper wire coils. These coils draw electricity from a single wall outlet, harnessing the alternating current in order to oscillate the assembly. Lines and Coils playfully imagines the idea of electromagnetic activity as physical lines in space, embodied in a temporary structure that can be entered and experienced. 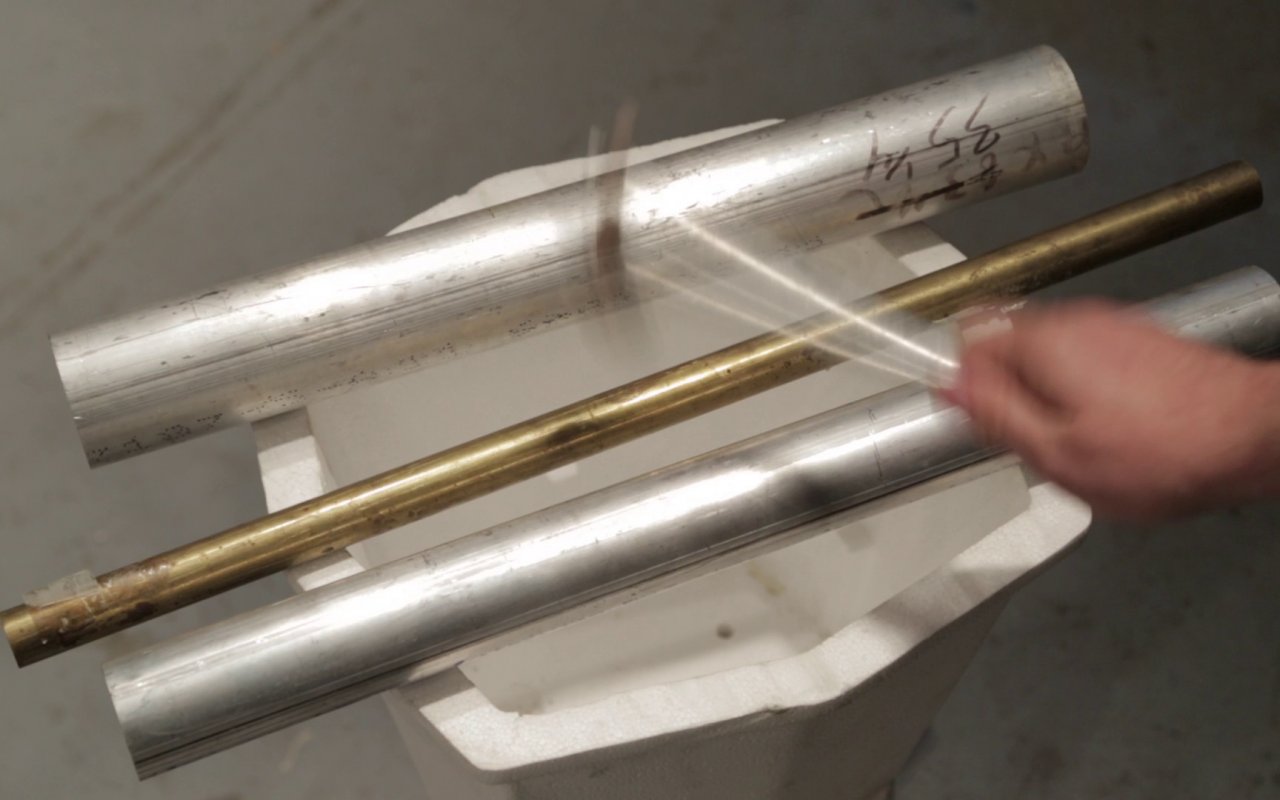 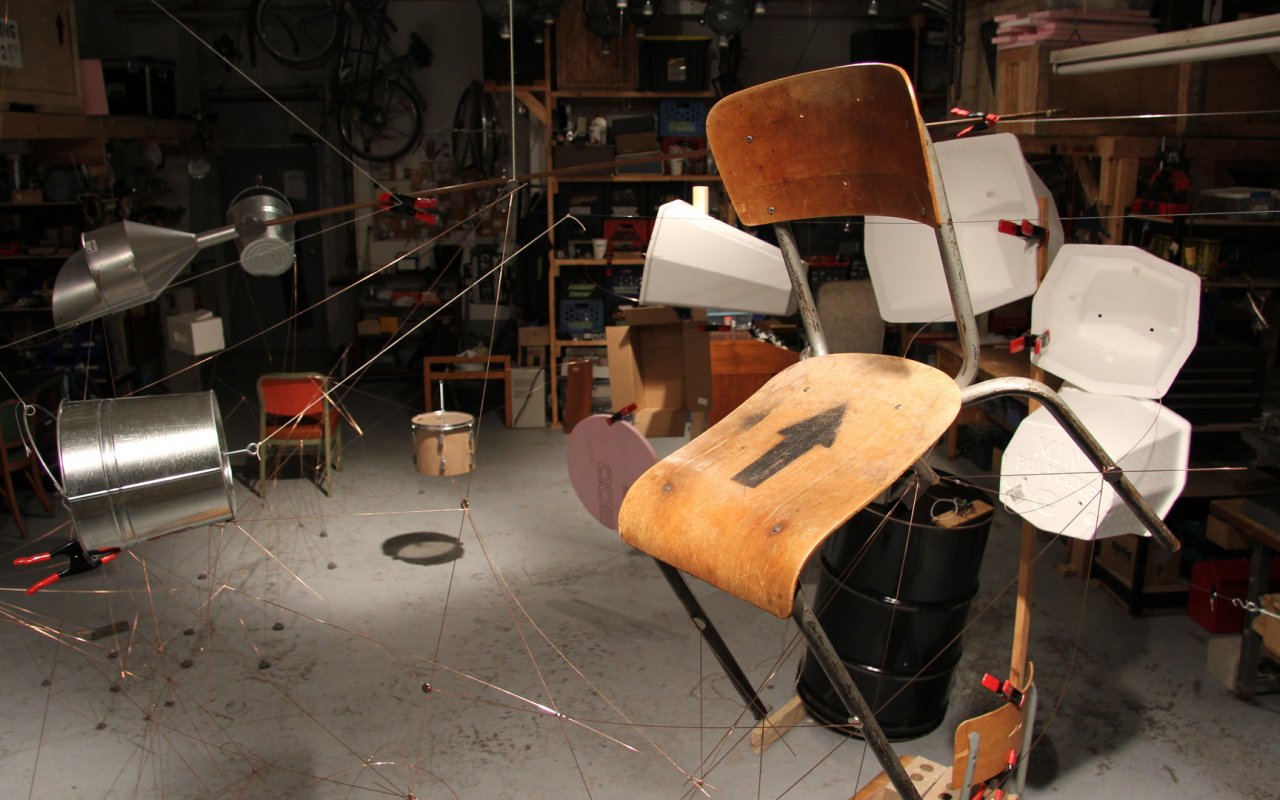 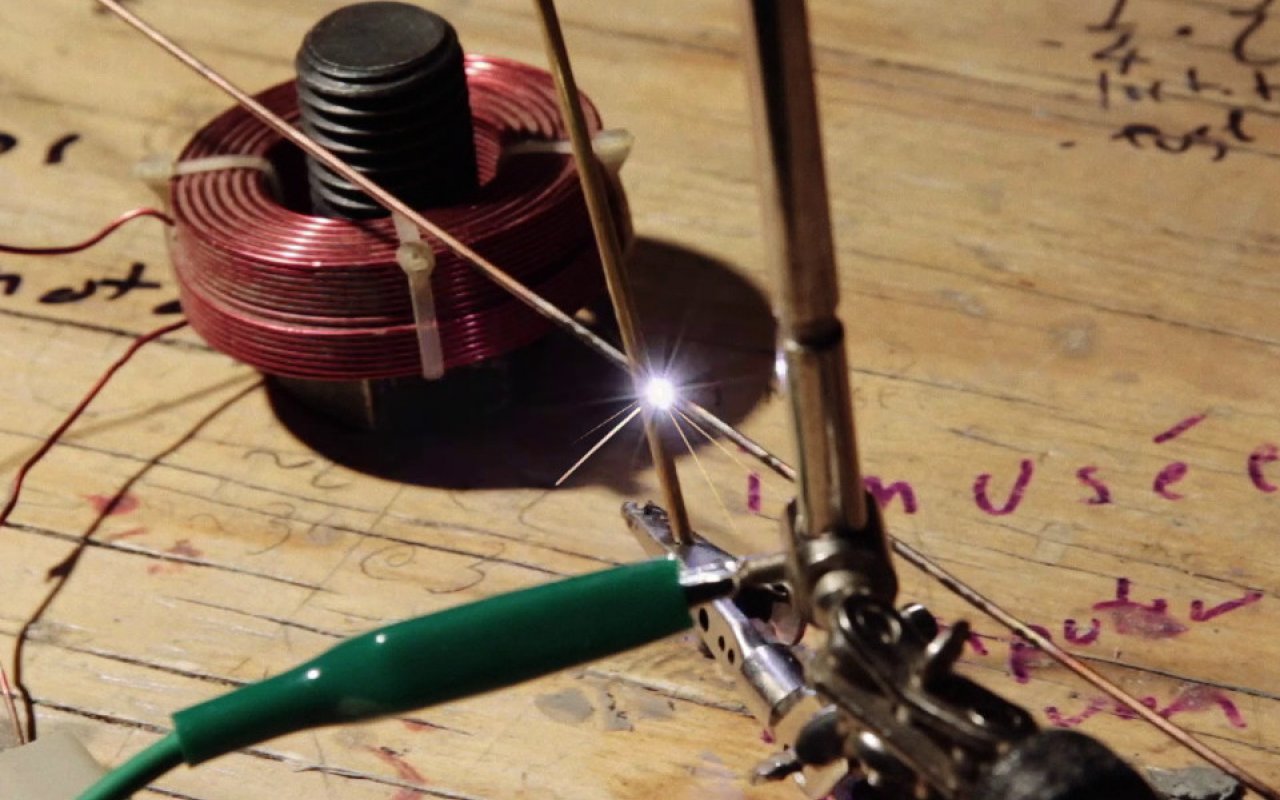 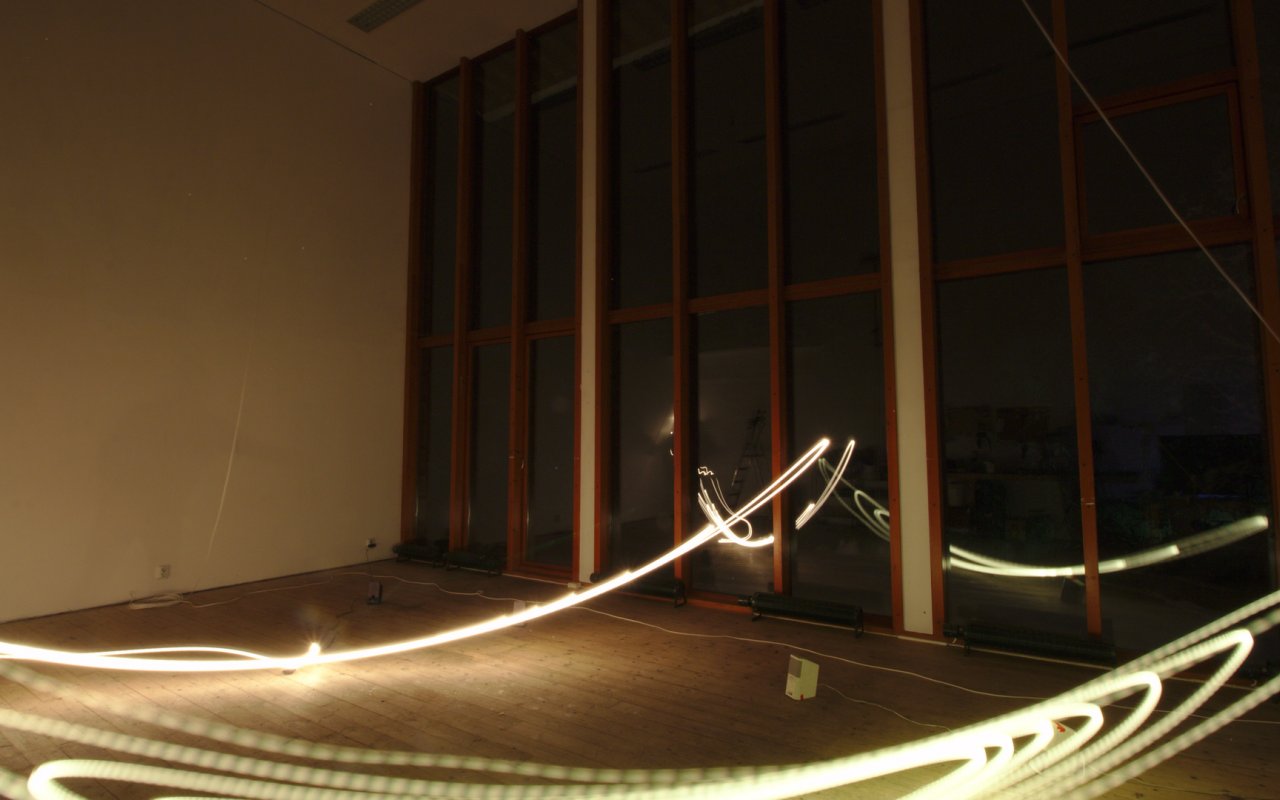 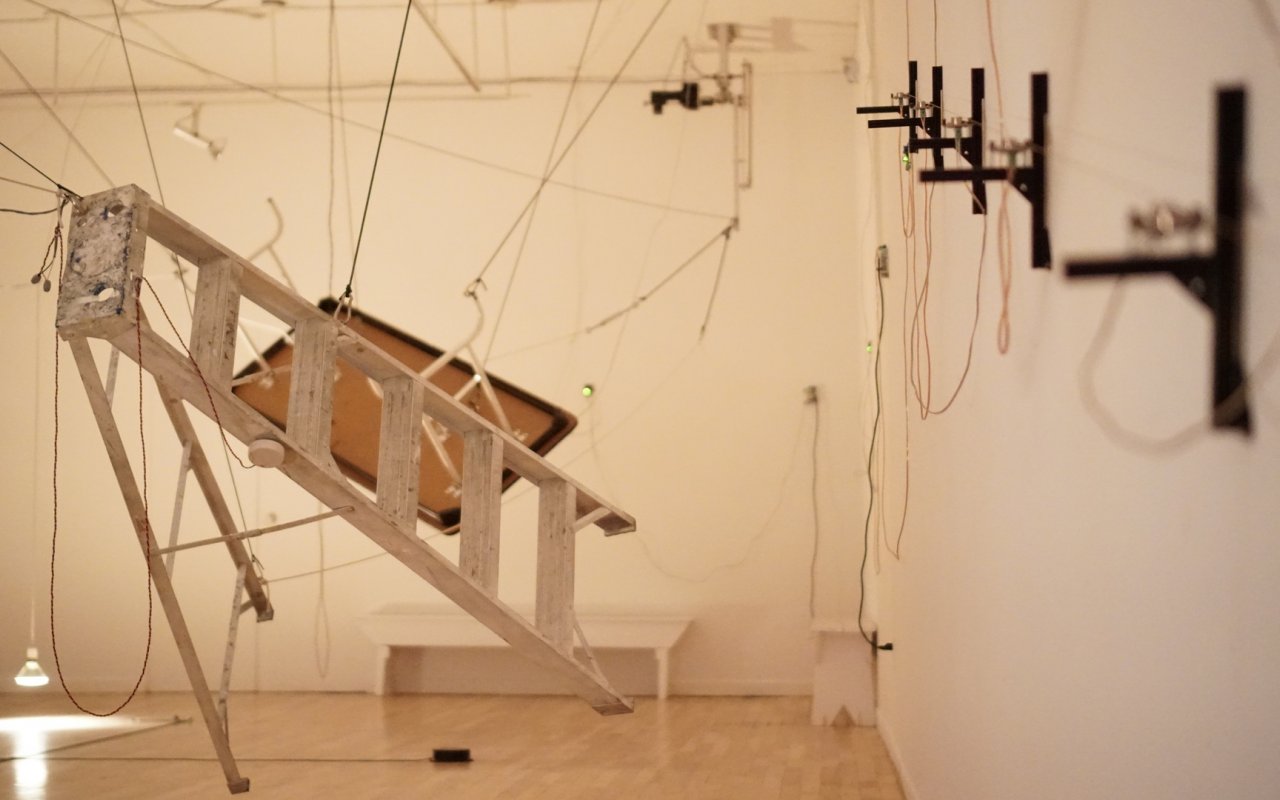 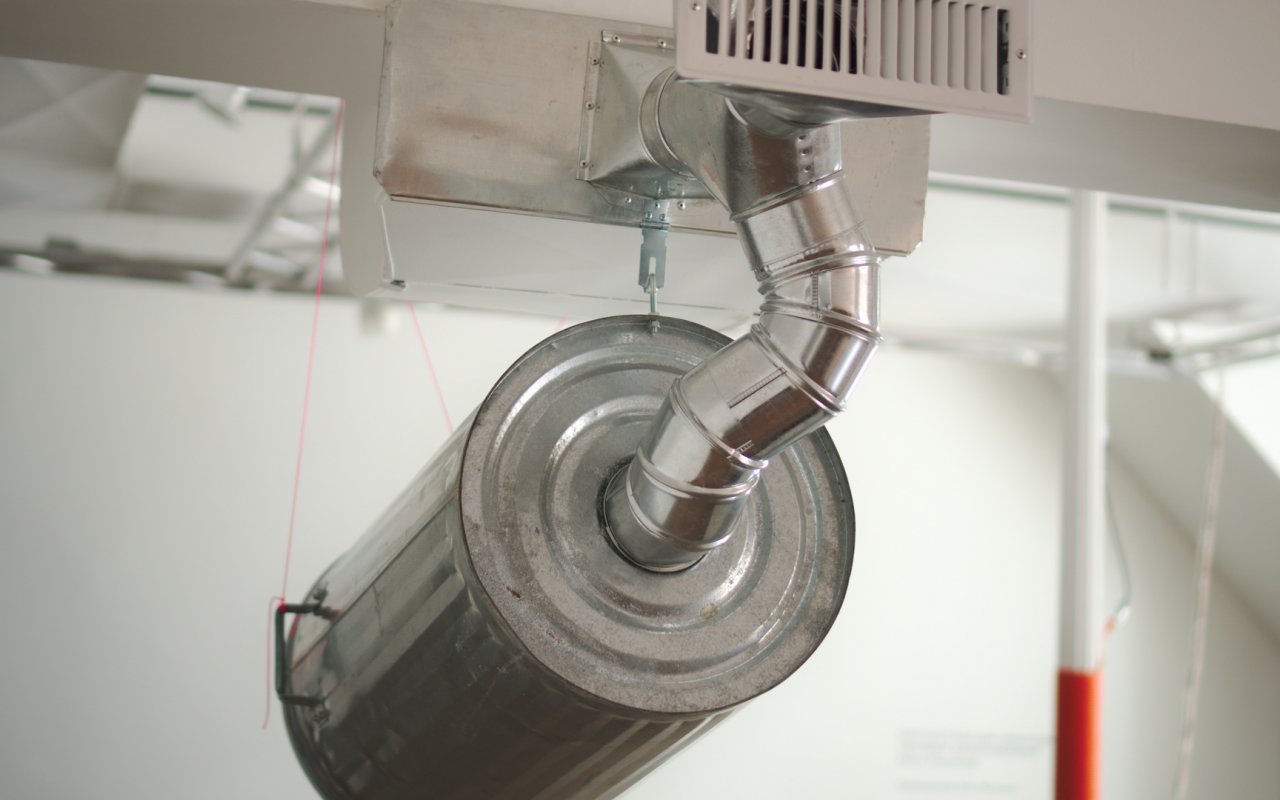 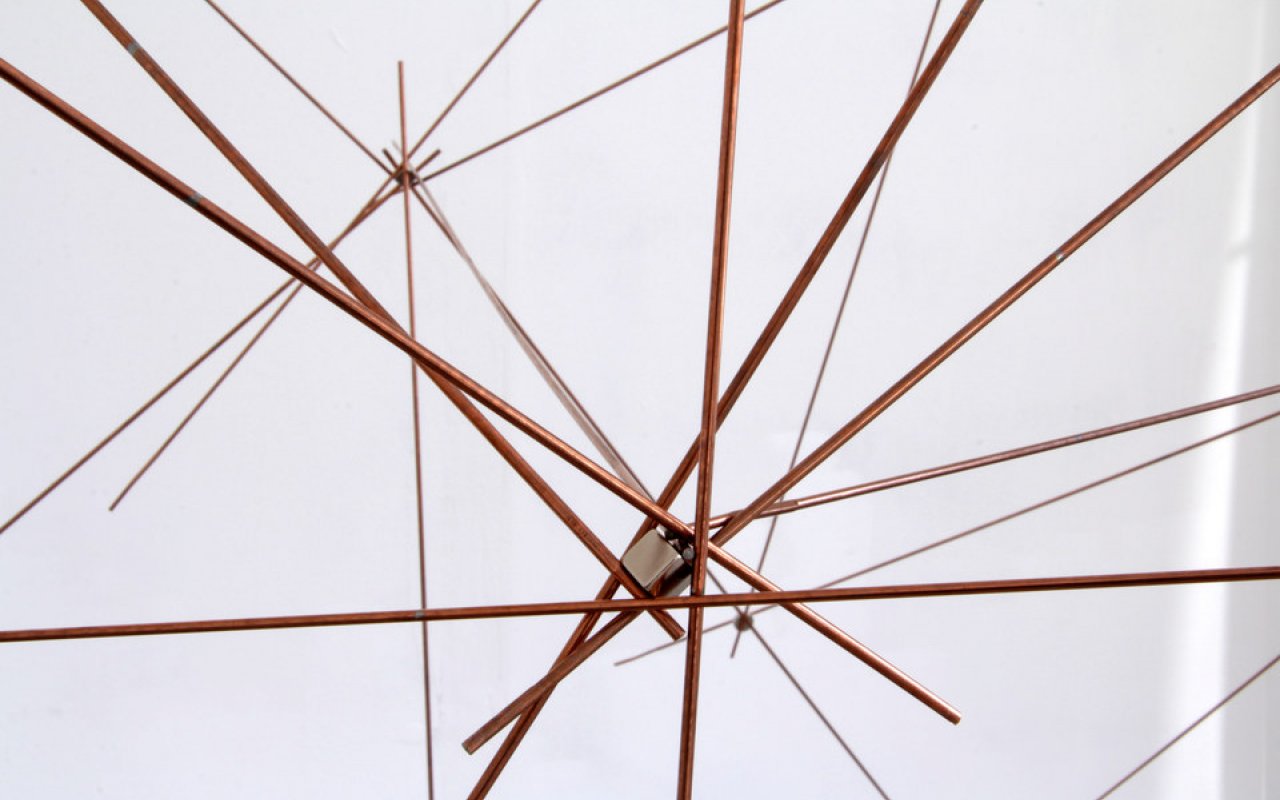 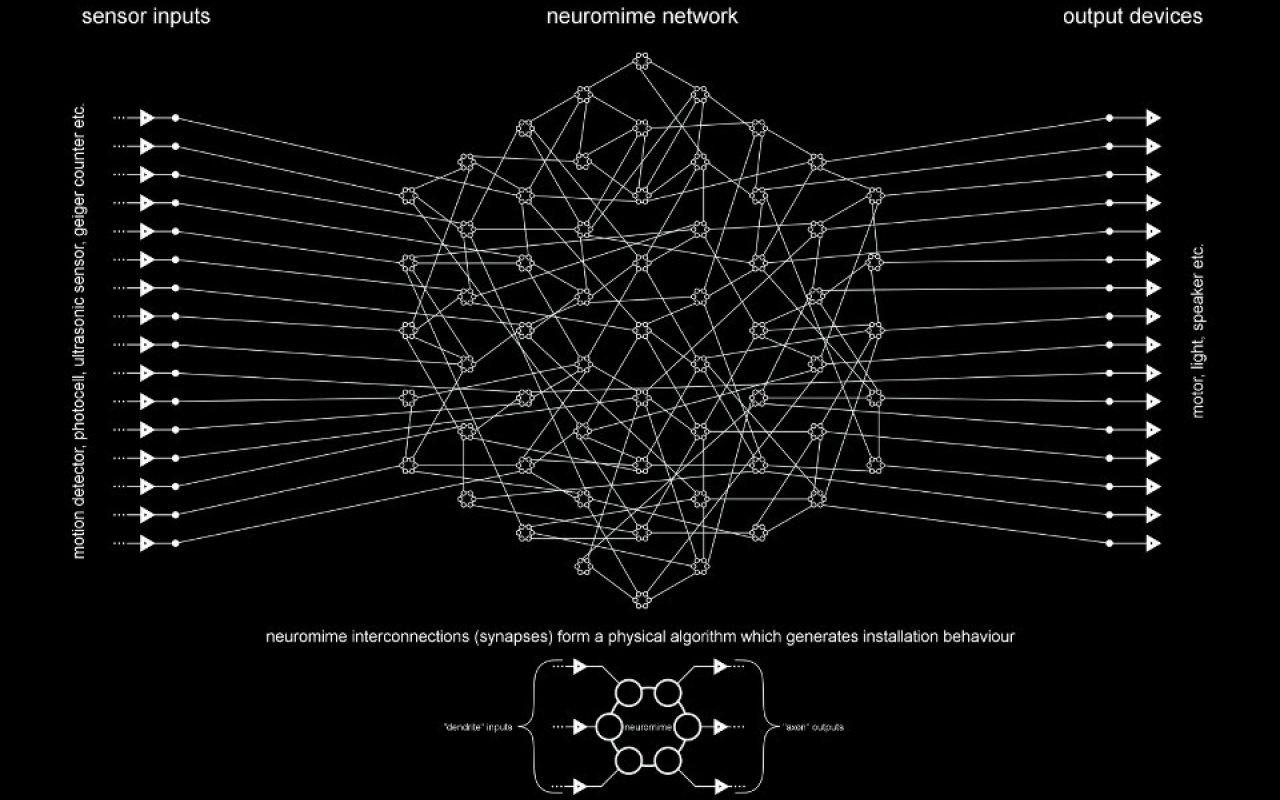 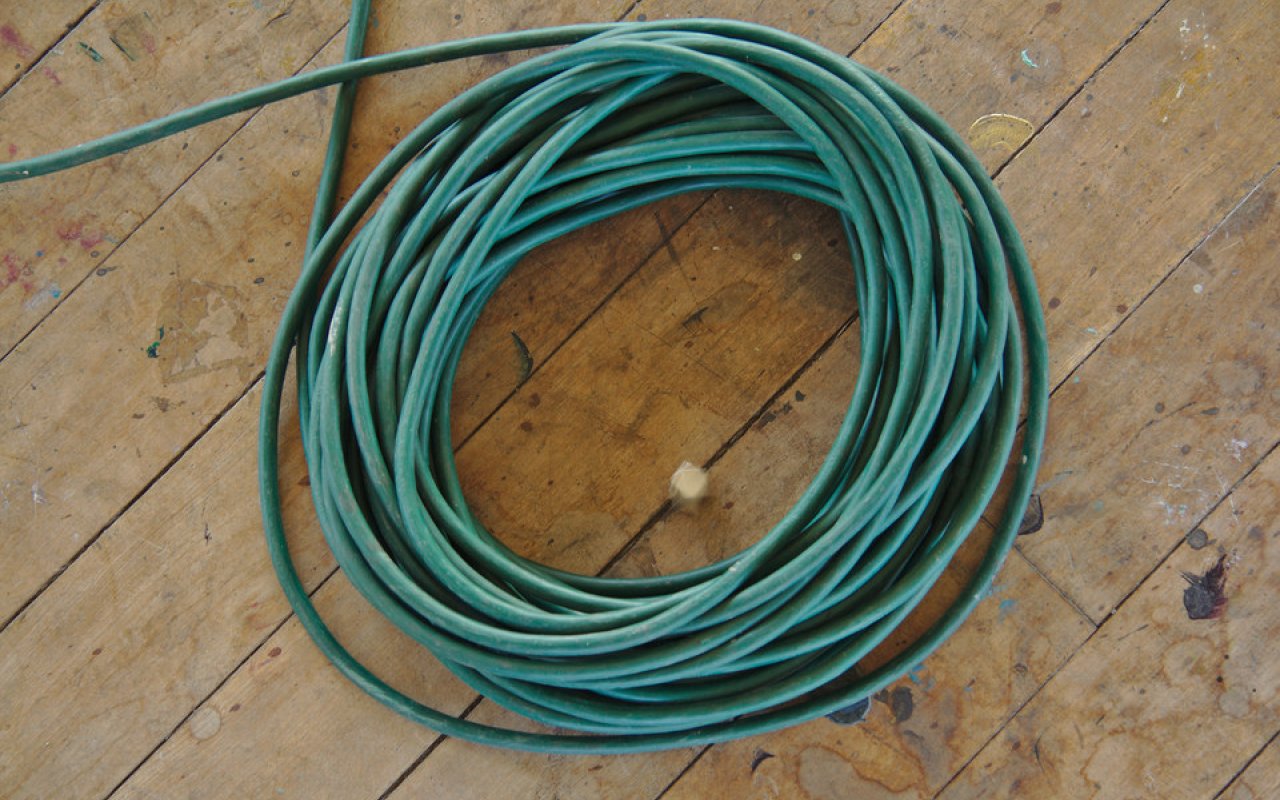 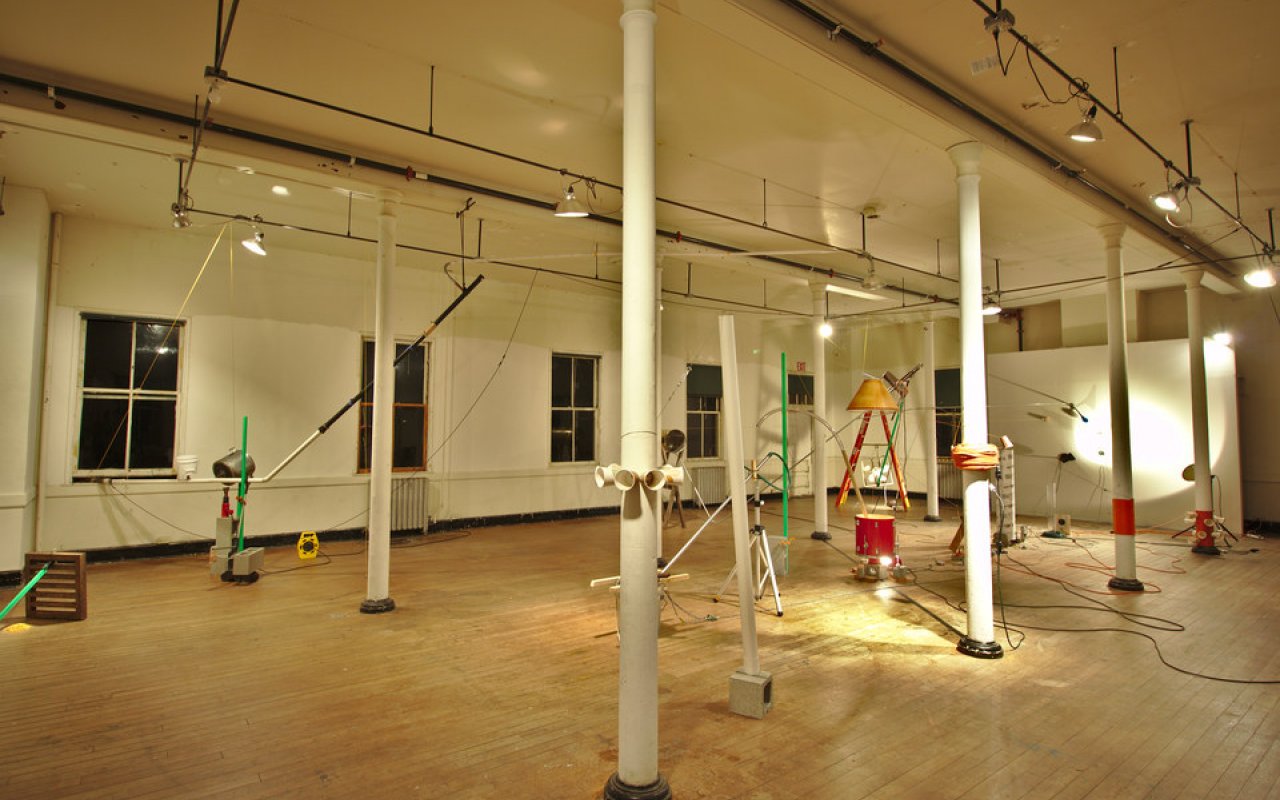